Nico Vorster is Professor in Systematic Theology at the Faculty of Theology, Northwest University, South Africa. His studies focus on theological anthropology and social ethics. Vorster is interested in Christian anthropology from a Reformed perspective and his research focuses on themes such as human rights, the relation between church and state, as well as human dignity, freedom and equality. He deals with these issues against the background of the new political dispensation in South Africa and the new challenges that South Africa faces.

Teaching includes courses on Science Theory and Introduction to Theology. The aim of these courses are to investigate the nature of science, the influence that philosophical trends in history have had on Christianity, the nature of theology as a science and the main premises of different theological traditions.

‘United but not confused’: Calvin’s anthropology as hermeneutical key to understanding his societal doctrine. Journal of Church and State 2014, jcs.oxfordjournals.org. 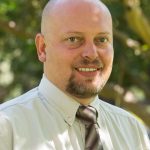