Prof. Punt’s primary research interest is in biblical (New Testament) hermeneutics, with a twofold focus: ancient biblical hermeneutics with the appropriation of the Scriptures of Israel in the Pauline literature as an area of specialisation; and contemporary biblical hermeneutics, including the role and use of critical theory and specifically postcolonial and queer theories in biblical interpretation; as well as the relationship between cultural studies and the Bible, including its appropriation in popular media. In both focus areas, special attention is given to issues related to identity politics and social location (and includes categories such as gender and sexuality).

Graduate teaching is done with a view to theological education for the ministry (in Protestant churches) and on postgraduate levels students are free to pursue their own specific research interests. Postgraduate students in New Testament are from countries in Africa and elsewhere, and they can follow either a more traditional biblical scholarship-oriented track or a programme focused on biblical interpretation.

“A Politics of Difference in the New Testament: Identity and the Others in Paul” in: C. Breytenbach/ J. Punt et al. (ed.), The New Testament Interpreted: Essays in Honour of Bernard C Lategan. Novum Testamentum Supplement Series 124. Leiden: Brill, 2006: 199-225. 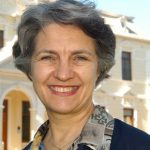 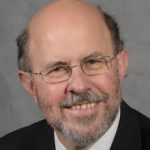